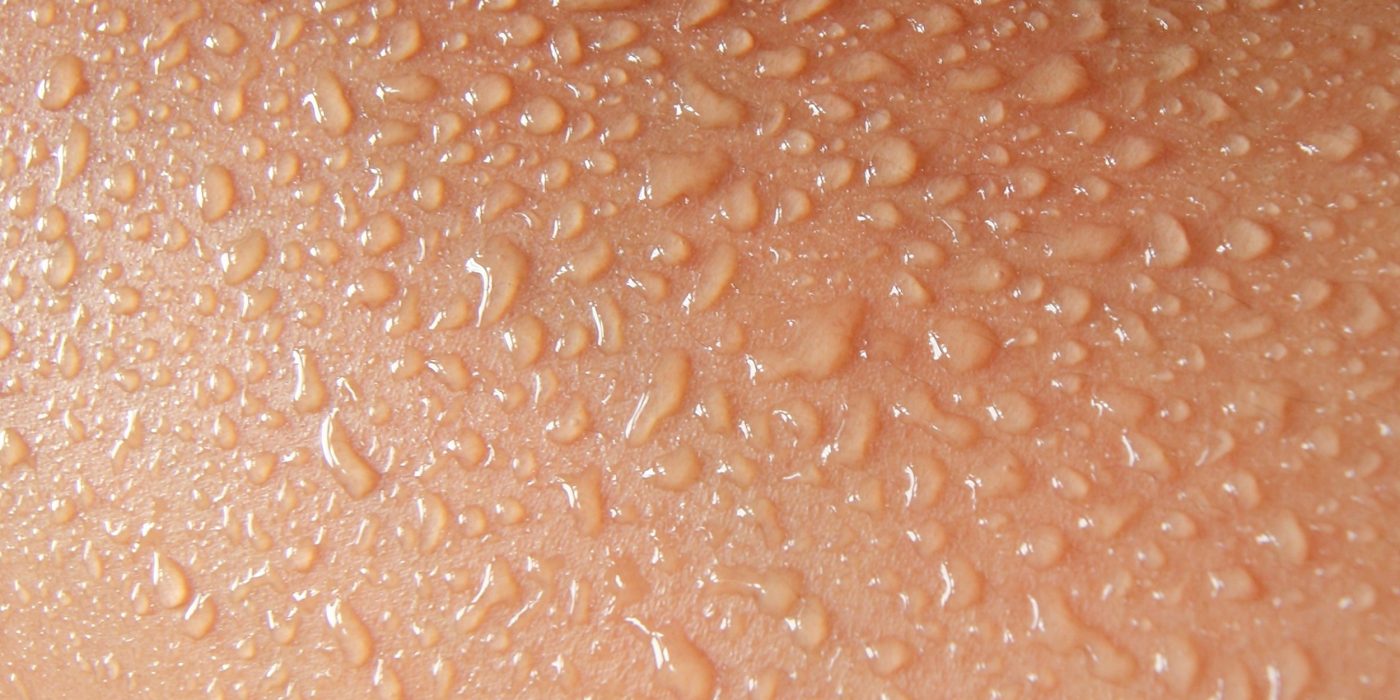 Sweat is produced by both humans and other mammals. In humans, sweat is produced as part of a normal physiological process that occurs in order to maintain homeostasis of thermoregulation.[1] This means that sweat is produced in an effort maintain the body’s internal temperature, even when environmental temperatures fluctuate. This is the primary reason why humans sweat, although sweat may have originally developed as a way to protect the skin. The only other species that utilize sweat in this way are horses and some other primates.[2] Humans produce two types of sweat, and sweat’s composition is dependent on which type of sweat gland it was secreted from.

The most numerous type of sweat gland is called an eccrine sweat gland. These glands are long and tubular and they open at the surface of the skin. Eccrine glands are located all over the body, but they are most highly concentrated on the palms, soles of the feet, axillae and the face. They cover every surface of the body except the tympanic membrane, lip margins, nipples and parts of the groin area. The sweat produced by eccrine glands is clear and odorless. Eccrine sweat is composed of mostly water and it may also contain other products that have been removed from the blood like sodium chloride, urea, uric acid, proteins and immunoglobulins. The substances other than water are often waste that the body no longer needs. Eccrine glands are innervated by cholinergic pathways from the sympathetic nervous system and are controlled by the hypothalamus in the brain.[1]

Apocrine glands are large and are located within hair follicles. When they secrete sweat they discharge liquid directly into a hair canal. They are located only on specific areas of the body including the axillae, perineal region, areola, scrotum, pubic mound and labia minora. Unlike eccrine glands, apocrine glands are less involved in the regulation of body temperature although they may still play a role in it. Apocrine gland secretions are thick and yellowish and consist of proteins and fatty acids. The sweat made by apocrine glands often takes on a bad odor due to bacteria on the surface of the skin breaking down the proteins and fatty acids in the sweat. The bacteria produce isovaleric acid and androsterone which are responsible for the bad smell. Apocrine glands are innervated by adrenergic pathways, which means they are sensitive to adrenaline and noradrenaline. Apocrine glands can be activated by emotional reactions and they are often implicated in stress sweating.[1]

There are several types of conditions that problems with a person’s sweat that can be classified as diseases. Some people develop a condition called hyperhidrosis, in which overactive sweat glands cause sweating in excess of what is needed for thermoregulation. There are several current treatments for hyperhidrosis but, future treatments and research for hyperhidrosis are constantly evolving and changing. Unfortunately, there isn’t a cure for hyperhidrosis yet. In other cases, a person may not be able to sweat at all, this is referred to as anhidrosis or hypohidrosis. There are several possible causes of anhidrosis and depending on the underlying reason for the condition doctors may or may not be able to treat it effectively. Another common sweat issue is called bromhidrosis, this disorder causes people with it to have unusually stinky sweat and it can be embarrassing. There are various other types of sweat gland disorders that cause people to have rashes, itching and even colored sweat.[3]

Sweat was first described by the Greeks around 2000 years ago. They were able to ascertain that infants with salty sweat would not live long. This was the first time that the composition of sweat was used to diagnose a disorder, these days, we know that infants with salty sweat actually suffer from a genetic condition call cystic fibrosis.[2] These days, scientists have discovered many new ways to use the chemical makeup of human sweat as a tool to diagnose, treat and monitor health conditions. For example, researchers have recently invented a lancet-free biosensor that can detect blood glucose and alcohol levels. Both diabetes and alcohol consumption are medical issues that are prevalent in today’s society, but innovations like this biosensor can allow people with these issues to lead healthier lives.[4] If doctors have access to technology that utilizes sweat to detect health problems they will be able to detect and treat medical problems that are currently unmanageable. Another way researchers are using sweat composition to find more information is by testing it to see if diseases can be diagnosed by using sweat as a biomarker for certain diseases. One study looked at whether sweat could be used as a biofluid that could be tested to see if patients were developing lung cancer. The study found that lung cancer could be detected by using the metabolites in sweat, but that the stage of the cancer could not be determined.[5] If sweat can be utilized as part of the diagnostic process it could save millions in health care costs, as well as saving many lives.

The composition of sweat may seem like a trivial thing, but it may be the key to unlocking many medical mysteries. Hopefully, in the future people will be able to harness the currently under studied power of sweat. 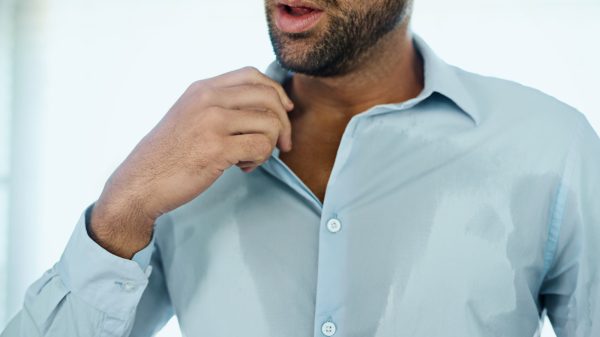 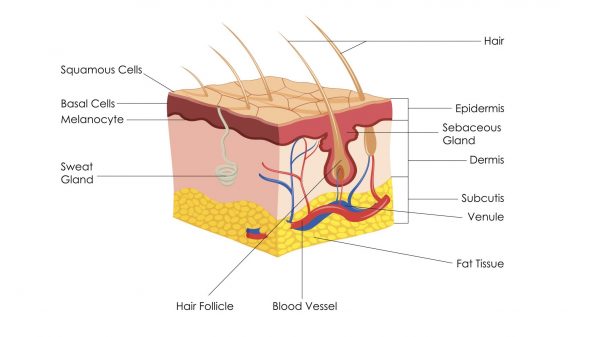